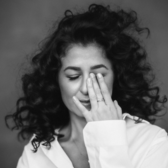 This month we will be discussing anger. So, get ready to look into your anger and how it operates in